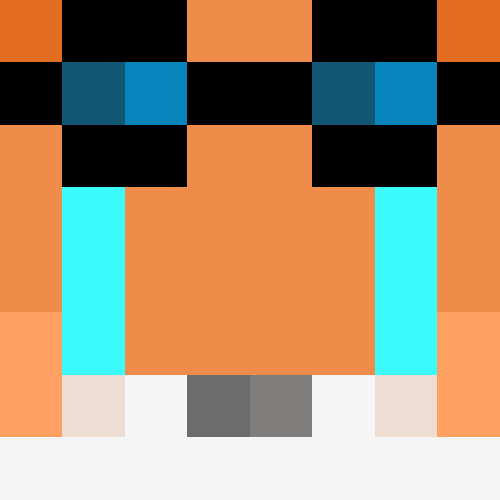 There are no wall posts here yet.

Bugs and Other Issues.
Now that the server's live, please use this thread to report bugs and other features of VW: Reloaded that are not working as intended, or could be improved in order to better emulate the feeling that the original Vanilla World presented.

1.  TPA doesn't work between worlds.
If a player is in the /spawn world, they are unable to teleport to players in other worlds.  This has only been tested so far between the /spawn world and Survival world so far, but I would assume it also extends to the Nether and End.  Would recommend examining the config settings to see if the current plugin allows for it, or pursue a different one that does.

Why look into this?

When the server begins to gather a lot of players, friends will frequently log on with other friends and wish to /tpa to one another.  While the solution is simply to have them /start, there is a 24-hour cooldown on this command.  Earlier today, theravingdorito used the /start command, went back to /spawn to greet Mexican_Batman, and was unable to return /home as it was not set (due to an inability for moderators at the moment to /sethome for players) and dorito could not /tpa to me as I was in the Survival world.  This effectively stranded dorito at spawn.  I had to request sammie to teleport dorito back to me.  If new players experience this, I would assume many would quit out of frustration if no mods are online to deal with the issue.

2.  Moderators are unable to /sethome for players, and players are able to set their own homes without restriction.

When many logged on today, they used the /start command to randomly teleport into the Survival world and subsequently followed the instructions to /modreq sethome.  Sammie explained that she was not able to set player homes, and Leagabrine mentioned that typing /homes:sethome would successfully set a player's home.

Why look into this?

One of VW's more secure measures to prevent griefing and other thievery was a player's inability to set their own home, trusting the moderator team to allow a player access to another player's home area only if the player granted permission (via TPA request) or shared their home with them.  At the moment, that security does not exist since players can set their homes in other players' areas without moderator participation or the consent of the area's owner.
about 1 year ago

RepoMeister:
"Hola VanillaWorld!  Thanks Ont and rwsender for getting us up and running. I hope the bulk of the player base makes the transition with us. FYI - the progress bar for donations seems to be stuck at zero..."

Donations are being troubleshooted at the moment; rw's hoping to have it working tomorrow.

Clarification on the Temp World's Future.
Cheers!  Thanks, both of you.  I'll refer further questions on the matter to this thread ongoing.  :P
about 1 year ago

Clarification on the Temp World's Future.
While I've been playing here, some players have posed worthwhile questions about the future of the temp world and their current inventories, builds, and chest contents.  I feel this would be a good topic to create, to address some of those concerns and provide clarification and understanding to the playerbase.

Those are the primary questions I've received since logging on, and while I know what some of the answers are, it would be a good topic to refer people to when the questions inevitably get asked again.

A fresh start
*raises a glass of lava*

Here's to a fresh new start, and a bright future.
about 1 year ago